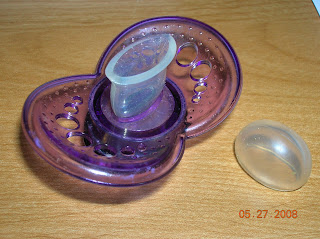 So, we had a bit of a tragedy at our house yesterday. I was tired of Isabel asking for her binky all the time, so it "broke". I cut the tip off and then tried to hand it to her. I say tried because as soon as she saw it she started to cry and would not touch it or look at it. All last night she was acting like a depressed person, walking around mouning saying "Binky, Binky". It was so sad. It was like she lost her best friend. Today when we got in the car she asked for it, I tried handing her the broken binky, and all she said was "no" and then ignored me the rest of the trip. One positive from all this is, she now sucks on a sippy cup all day, so she is super hydrated. I still give her a binky at bedtime and naptime, but that binky doesn't leave the bedroom. This just makes her love nap and bed time that much more. So, Isabel had a little tragedy, but she'll get over it.

Party for all you Ladies! 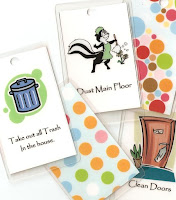 These are some of the chore cards and the chore boards, they are super cute! 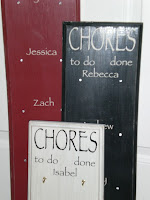 My sister Michelle started a business called "Soap Star Mom" and I am having a party with her stuff. She does these really cute chore boards that come custom with your kids names and then really cute chore cards. I love them! She has been using them with her kids and they work great. They even work for kids who cannot read because they all have pictures on them. She also sells the cutest aprons ever! The aprons are made for adults and kids. Isabel has an apron and she just loves it! It's cute.
So, mark your calendars ladies: June 11th at 7pm. The party will only last 1 hour, unless you want to stay longer.... I will be making some really yummy treats too, so if you just need a night out aways from the kids, come and eat some treats. It is going to be fun, after all it is at my house. If you need my address or directions, please let me know. Please come, it will be fun!!
Posted by Ryan and Renee at 1:06 PM No comments: 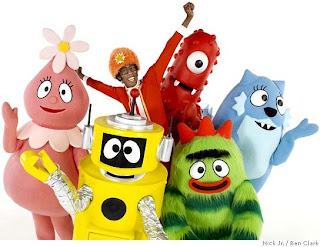 Let me start off by saying, this is the weirdest show I have ever seen. However, Isabel loves this show. It's one of the few shows that she will watch and not get distracted. We usually watch it every morning during her breakfast. This mornings episode was called "Sleep". She saw this episode a few weeks ago and did not like it, I'll explain because today she had the same reaction. During the show the characters were going to sleep, for nap time. Everytime one of them would lay down or someone would sing about going to sleep, Isabel would burst into tears. She would make that face when hew mouth opens as big as it can go, tears start rolling down her cheeks, and then the sobbing starts. I'm pretty sure she likes to sleep, but evidentily she does not like it when people go to sleep on TV. After trying to calm her down for 15 minutes, I finally changed the chanel. We ended up watching "Tom and Jerry", and boy are they violent, I would think that would make her cry. So, the moral of the story is ..... if your kids watch "Yo Gabba Gabba" and the episode "Sleep" comes on, change the chanel, it's a really disturbing episode for todlers (according to Isabel). 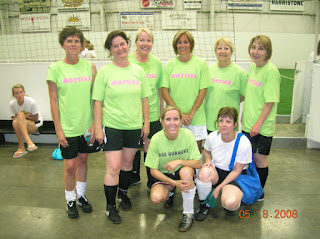 Grandma Rice and her team (she is the 2nd from the left)
Tonight we went to watch Ryan's mom play soccer. She has been playing indoor soccer for years (Ryan thinks "20 some odd years" to be exact). She plays every week. I think it is so wonderful that she plays soccer. I think it is really admirabe that she still plays regularly. I wish I did something like that. She is such a good example of remaining physically fit, it's great! My mother-in-law rocks at soccer. I hope at her age I am as active as her. 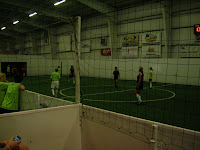 This is her in action. It's a little dark, but you get the idea. 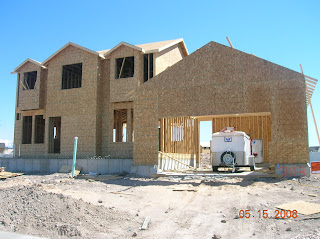 Ryan crained the trusses this week and did the sheeting on the roof. He also built the garage. I think it's looking pretty good. What do you think? Isn't my husband so talented?

The other day Emily and I went to the zoo with the kids. It was so much fun. I love hanging out with Emily and her kids, they are a lot of fun. Isabel loves to be outside, so the zoo is a fun place for us. 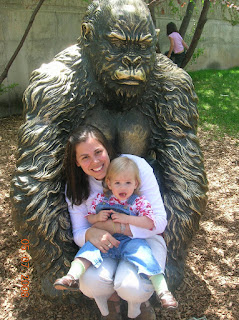 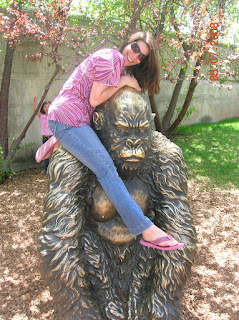 You've got to love Emily
Posted by Ryan and Renee at 1:47 PM 4 comments:

We, well, Ryan, started building our new house. For all you who do not know, our house is in West Haven. It is a two story house, well, 3 with the basement. I am so excited. This picture was taken the other day. I took it from the car, so the house looks bigger than it really is. It also doesn't have the garage built yet. Ryan is craining the trusses today. I will keep everyone posted on our progress. It's exciting! 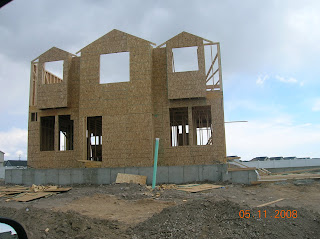 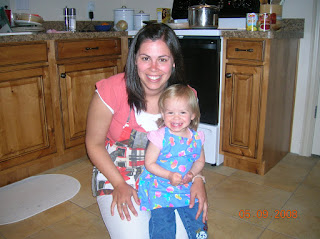 Isabel loves to cook with me. The otehr day I was cooking dinner when she came up to me with my apron, insisting that I put it on. She then brought me another one of my aprons and insisted that I put it on her. She loves to walk around with an apron on. I think it's super cute! She loves to play with mom. 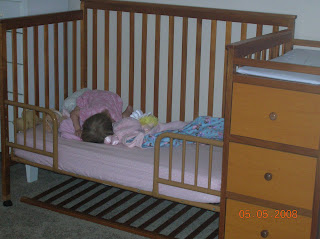 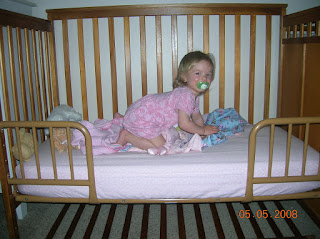 This week I coverted Isabel's crib into a big girl bed. I was a little worried that she would not like it or not sleep in it, but I was wrong. She loves it. Since changing her bed, we have started praying at night as a family when we put her to bed. We go into her room and kneel by her bed and then she goes to sleep. Well, she likes praying so much before going to sleep, that we now have to do it everytime she goes to sleep, including naps. She runs into her room and waits for us on her knees. It is so cute. I love that little girl. 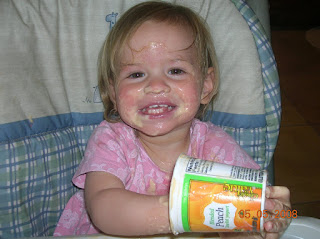 For an afternoon snack Isabel had yougurt. I gave her the yougurt and began working on dinner. Usually she eats is all and doesn't make a very big mess. Well, while I was chopping and cooking, I noticed that there was a little giggling coming from Isabel. I turned and looked and found her rubbing the yougurt all over herself. She was rubbing it on her cheeks, in her hair, on her arms, everywhere. She kept saying "lotion mom". I said, "no Isabel it's food, not lotion", but she insisted it was lotion. I think I might have to cut down on the lotion and focus on the eating from now on. So, I stripped her down and got her cleaned up. Because I was in the middle of fixing dinner, she got a kitchen sink bath. She loves to bathe in the kitchen because then she gets to be with me. She is such a funny kid. 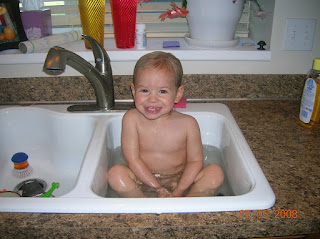 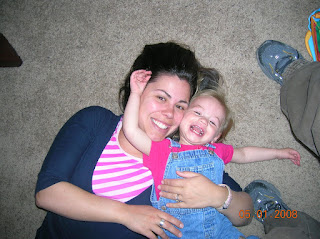 I thought this was a cute picture. This was taken the other day. Isabel thought she was being funny by jumping on me and attacking me. Sometimes I think that she thinks that she is bigger than me and can take me. 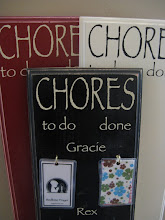 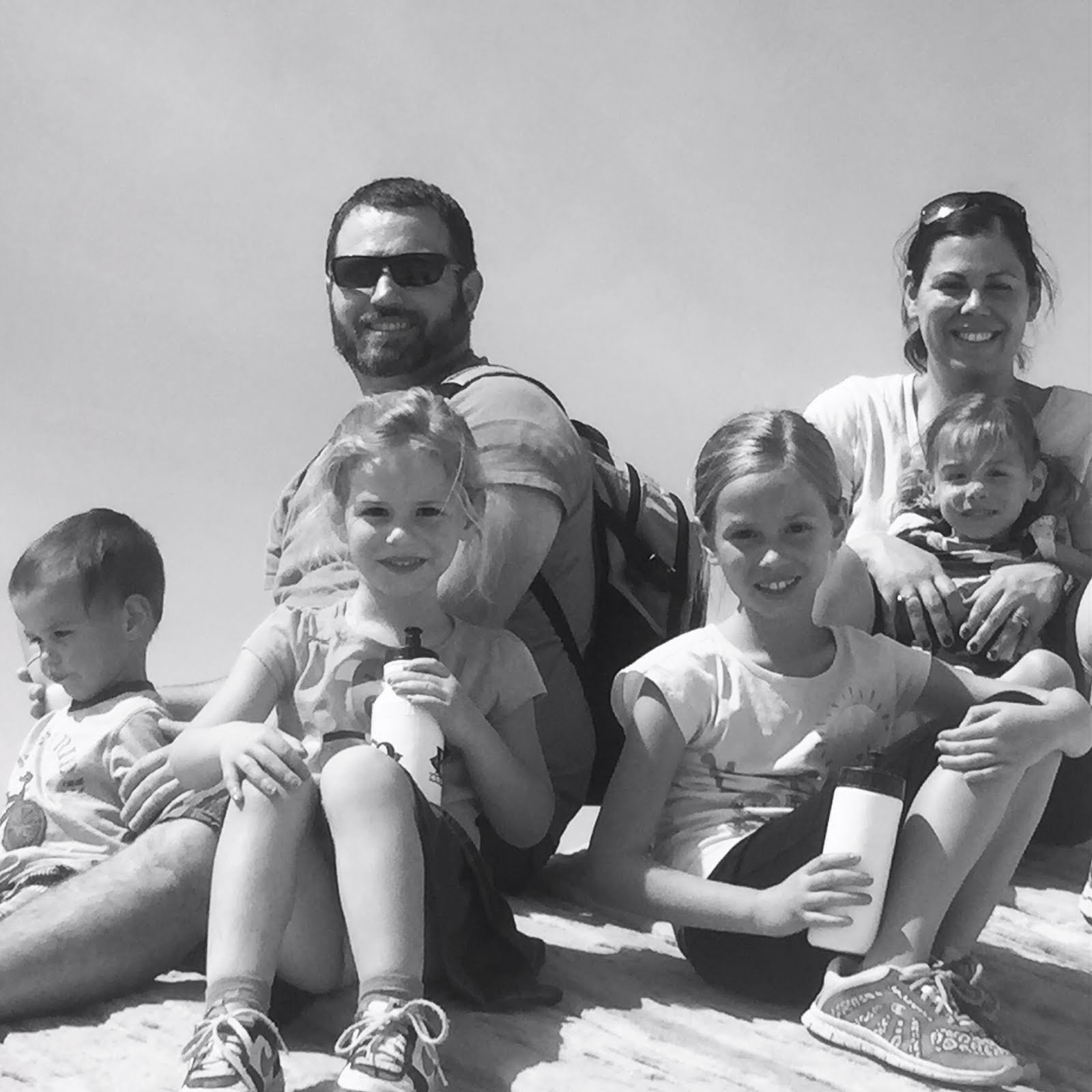